PASADENA – The Crown of the Valley 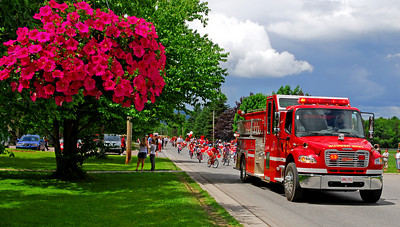 Our doors are always open. There are five churches. We have a population of approximately 3500. There are no police. The RCMP have an office here that they can use when they do their occasional patrols through the community. There’s a nice primary/elementary school; there’s a nice high school. The high school is always competitive in the provincial volleyball tournaments. The band program serves roast beef dinners during carnival week.  On streets near the woods or highway, skidoos make their way slowly to the skidoo trails, with the occasional one not so slow.  On summer evenings you’ll have to find a spot so you can do your walk – everyone’s out. There’s a cross-country ski club. There’s an incubator mall for developing entrepreneurs. There are many small and home based businesses. Thriving we are.

Canada has consistently been ranked by the United Nations as number one or close to number one as the best country in which to live. Grand Falls Windsor (Newfoundland) has been identified as the best place in Canada to live. There are numerous communities in Newfoundland and Labrador that would contest this. Pasadena would certainly be one of them.

I consider myself very lucky to live in Canada, in Newfoundland, and in Pasadena. I think we had vandalism here once. My neighbour uses his snow blower in my driveway (and I in his, depending on who gets out there first).  He gives me a moose roast when he gets his moose; he also sells fish for his friends down the coast; it’s good fish.

Carol brought a Christmas gift to the post office to put in an express post package. “You’re not going to pack it like that,” they said. They gift wrapped it for her.

The community Christmas Hamper Committee collected more than enough to pack 80 Christmas hampers; they were impressive hampers. Folks like to be on the committee; folks like to help.

Now it’s not a community where everyone necessarily knows everyone else. It’s, for the most part, a bedroom community. Most work in Corner Brook, at the mill, at the hospital, teaching. More and more of us are retired. Often you don’t really get to know your neighbours, but you’ll get to know them if you need help. Lots of RCMP and NL Constabulary live in Pasadena; they prefer to live here to living in the place where they work; it’s also between the two larger communities of Deer Lake and Corner Brook.  RCMP members can transfer from one to the other and still live in Pasadena.

There’s a big resort going up across the Lake; Europeans realize what we have here; they’re spending a lot of money to live in our midst; it’s a gated community; however, we let them out occasionally. There are “resorts” going up all around the lake.

So what exactly DO we have?

Well, we have Gros Morne National park about 45 minutes away; we have Marble Mountain; we have skidoo trails; we have cross country skiing; we have a lake; we have golf courses; we have safe, clean, friendly communities; we have one of the world’s great salmon rivers; the scenery is spectacular; we have nice summers and honest winters; we don’t have a McDonalds.  We’re as close as you can get to pristine. The entertainment at the Arts and Culture Centre in Corner Brook is quite impressive; the festivals and classical music programs at Gros Morne are world class. The hiking is unsurpassed. Why would you want to live anywhere else?

Pasadena makes an exceptional retirement community. Taxes are low; real estate is extremely reasonable; it’s flat; it’s safe. We could use a few more sidewalks. It’s not as young a community as it once was. The schools have shrunk (as they have all over Newfoundland and Labrador). It may not be a good community for teenagers if they’re not involved in school stuff, but the school is good and there’s lots of quality stuff for them to do if they want.  It’s a great place for younger children. 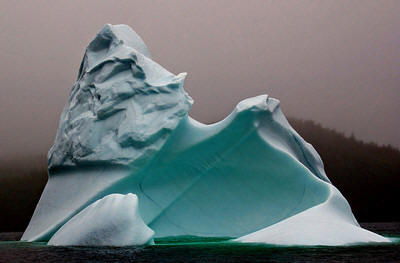